Happy day after Cinco de Mayo! Seis de Mayo! Last night, we got together with friends to have a homemade dinner and catch up on MadMen. We were two episodes behind! OH NO! Since yesterday was Cinco de Mayo, we decided to do a healthy(-ish) Mexican style dinner. So, we made a taco bar complete with chicken, steak, black beans and Spanish rice..MMM.. muy delicioso! My contribution was to try and make a healthier version of a South American dessert. I decided on churros only because we already had all of the ingredients in our house : ) It was the weekend, I had already gone to the store - don't judge me.  I found a healthier version that wasn't deep fried but instead baked and used cooking spray instead of butter on the outside to make the brown sugar and cinnamon stick.

The episode of MadMen hit home with an article that I read last week that I wanted to share with all of you. H&M recently released their bathing suit collection and decided that they were going to use regular sized or "plus-sized" (as they are called in the modeling world) women. The article discussed a new trend of using normal sized people and mannequins to model clothes! Is this the beginning of the actual backlash against the ridiculously skinny women in entertainment roles? MadMen tied in with the character Joan, played by Christina Hendricks, getting much more screen time lately as a strong partner in the advertising agency. Christina is known for being an advocate of her curves and the men don't seem to mind either! 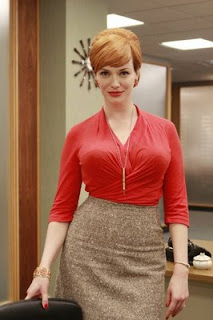 Today is the 1st day of my online class at Vanderbilt about Nutrition and Healthy Eating. I am very excited to start this class and the 1st few videos were great giving some great information and basic statistics on health in the United States. The most interesting piece of information that I took from the 1st videos was that 90% of the American public, when surveyed, said that they were either healthy or very healthy. However, the statistics for diabetes, cancer, heart disease and obesity in the United States would say much differently. The perception of health isn't the same as actually being healthy. You can convince yourself through justification that a donut isn't THAT bad for you but at the end of the day, your body doesn't care, it will react and process it in the same way whether you convinced yourself or not. So that is an interesting little factoid isn't it? Perhaps some of the initial problem in the United States with our health problems are that most people don't believe that they are part of the problem!  Mind blown!

Comment below and give me your thoughts - Do you see any movement towards healthier shaped women in entertainment? Did you watch MadMen? How did you celebrate Cinco de Mayo?
Posted by Mackenzie at 11:17 AM No comments: 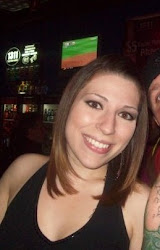